Nordic Iron Ore | About us | Background and history

Nordic Iron Ore is a mining and exploration company formed in 2008 with the main aim of resuming mining operations in Blötberget and Håksberg and conduct exploration of the possible intermediate expansion potential of the Cäsman field, together forming Ludvika Mines, in southern Dalarna. Nordic Iron Ore’s establishment and expansion plan is justified by a strong demand for steel with favourable iron ore prices and the economies of scale resulting from the company being the first player ever to integrate the major iron ore deposits in the Ludvika region.

Remaining in the area from the active period are significant iron mineralisations linked by extensive drift systems as well as other infrastructure such as shafts and inclined trackways. Also of central importance is the proximity to a functioning railway network with connections to three different shipping ports: Gävle, Oxelösund and Uddevalla/Lysekil.

In order to harness the potential of Ludvika mines, Nordic Iron Ore has carried out geological, technical and environmental studies since its formation in 2008. The Company also conducted new magnetic measurements of the Väsman deposits that supplemented those made by the Ställberg companies during the 1950s and 1960s, and conducted drill programs in the Väsman field and Blötberget. The company has also obtained mining concessions and an enviromental permit för Blötberget and Håksberg and applied for mining concession for Väsman.

In light of the above, Nordic Iron Ore has established a solid platform for continued development and growth.

The urban area of Ludvika has about 14,000 inhabitants and its history started around the year 1550 when Gustav Vasa built the Ludvika ironworks. This was Sweden’s first works for bar iron forging under Crown management. In 1726 the works were sold to the Cedercreutz family. The Roth family, who were the works’ last owners, expanded the works with a sawmill and a hydro power plant. Ludvika became a town in 1919, and the following year saw the closure of the Ludvika works.

The iron business developed and as early as the 1600s the villages of Gravendal and Strömsdal began an operation for processing iron. The villages contributed to Swedish iron exports in 1700s. For a long time Ludvika was the municipality with the greatest concentration of mines in Sweden.

The advent of industrialisation in the 1800s eventually led to the formation of the Elektriska Aktiebolaget Magnet company in Ludvika in 1900. The company was later renamed to ASEA. Ludvika was connected to the railway network in 1873.

Technological developments during the 1900s progressed quickly. The then ASEA became ABB and its activities in Ludvika and the whole world became more and more high-tech and internationally recognised. 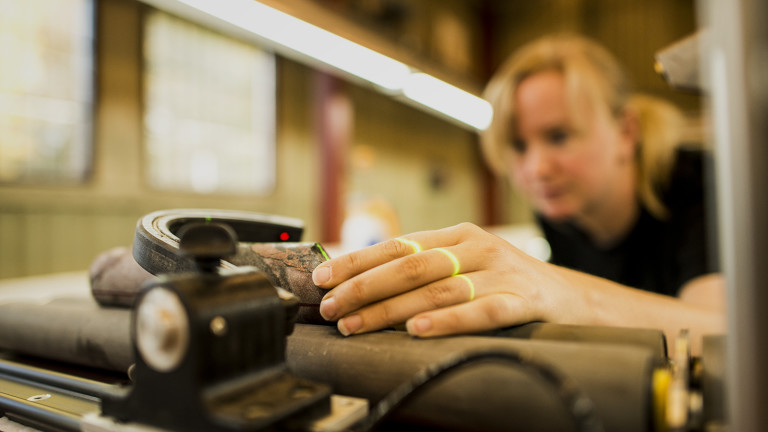